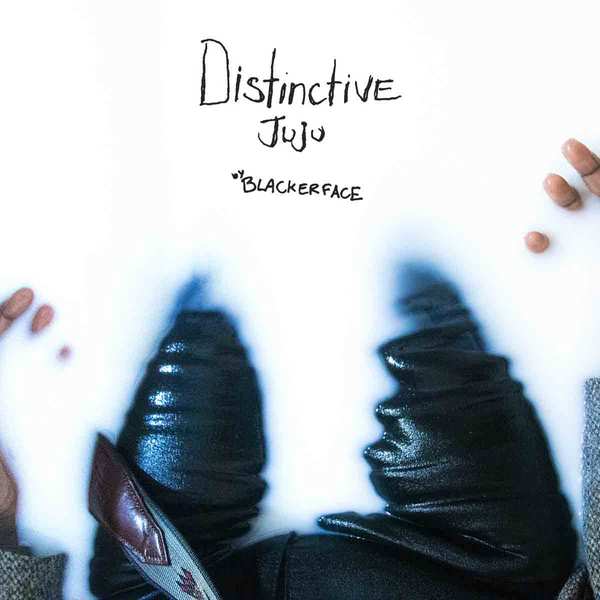 is a Chicago quintet fronted by gospel singer turned firebrand punk vocalist, Jolene Whatevr. After years of collaboration, Whatevr called on a core of longtime friends to reify a truly idiosyncratic and politically forward-thinking musical vision. Blacker Face earned a reputation in Chicago’s DIY punk scene for their first-class musicality and high-energy performances. Their unique fusion of provocative lyricism and transgressive musical arrangement has been labeled Afropunk, Afrofuturist, and Experimental. Their self-released 2018 EP Think Piece was recognized as “Best Punk Music, May 2018” on Bandcamp and paved the way for performances with bands including Guerilla Toss, Pile, Thunderpussy, and Ono.

Their aptly titled follow up LP Distinctive Juju (Sooper Records, 2019) is the most comprehensive expression of the group’s political and musical vision to date, engaging topics like police brutality, racial power dynamics, and impending climate catastrophe in a genre bending tour de force. Throughout, Blacker Face employs race as the entry point for a penetrating social critique of power and class.

In recognition of their incisive work, Blacker Face was awarded a grant from the City of Chicago’s Department of Cultural Affairs and Special Events (DCASE) to assist in the creation of Distinctive Juju. The grant was used in part to produce a video for the track “My Life Matters,” a song that makes explicit reference to the Chicago Police Department’s murder of Laquan McDonald, and their subsequent attempts to cover up the murder.

For fans of Matana Roberts, Mike Patton, Tune Yards, and the #AfrofuturistOccult.