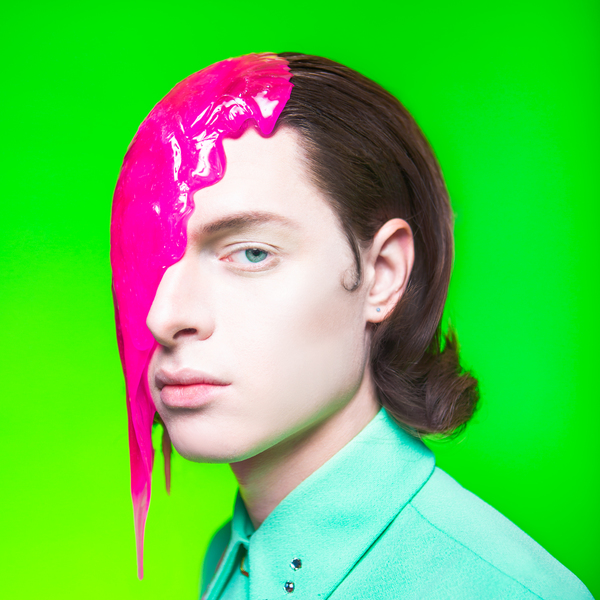 What do you want to know about Luke Titus?

If you’ve heard even just a few seconds of his debut album PLASMA, then you probably want to know a lot. It’s attention-grabbing stuff, the kind of singular new sound that makes you stop and say “Who is this kid?” and “Why haven’t I heard of him before?”

Who he is is a 23 year old drummer, singer, songwriter, producer, multi-instrumentalist, multi-talented prodigy from Chicago who’s been making music for longer than he can remember. In high school he earned a spot playing in the Blue Man Group–one of the most competitive drumming gigs in the business–and spent a year and a half touring the world. As a 15-year-old drummer, Luke Titus was the youngest performer ever hired by the Blue Man Group. Now, at an age when most musicians are still finding their feet, he’s already a seasoned veteran, with a growing body of work that includes collaborations with Noname, Ravyn Lenae, and Phoelix, as well as his own single ("Blue") and EP (Aside of Love) that he released in 2017.

The reason you haven’t heard of him before is because until now he’s mostly been content keeping a low profile. Luke’s a quintessential musician’s musician, one who spends more time honing his talents than building his brand. (He still practices for hours every day.) From the hard-gigging players who power the flourishing young post-hip-hop/avant-jazz/neo-neo-soul (or whatever you want to call it) scene in Chicago that he’s a part of to some of modern music’s premiere sonic architects, his fan base so far–passionate as it is–has been largely made up of other performers.

PLASMA is about to change all that. It’s a big musical statement, and one thing it says loud and clear is that Luke’s too good of a talent to stay behind the drum kit. It may be his debut album, but it feels like the work of an artist already fully on his stride. The drumming, as you might expect, is on another level, and he’s become a good enough producer and songwriter that he could easily make a booming full-time career out of either. But this isn’t some robotic display of technical virtuosity. It’s as deep a record emotionally as it is sonically, driven by one gorgeously expressive vocal performance after another that pulls you in and stays with you well after the music’s over.

It’s also a work of wild exploration. PLASMA pulls together ideas from across the musical landscape. There’s a lot of hip-hop, jazz, and R&B, as you might expect from someone coming from the musical community he does, but there’s a lot of unexpected stuff too: otherworldly psychedelia, experimental glitchiness, big, luscious pop hooks. And somehow each piece, no matter where on the map it came from, fits together precisely with the others into one seamless, perfectly sculpted whole.

It’s been our good fortune to have been able to watch Luke grow over the years into a unique human and uniquely talented musician, one who’s working on such a high level that it’s easy to forget that his artistic journey is still only beginning. Now it’s your good fortune to be able to get to know him for the first time.

Luke was signed to the rising Chicago indie label Sooper Records by its label heads –and frequent Luke Titus collaborators—Sen Morimoto and NNAMDÏ. PLASMA releases on Sooper Records on November 13, 2020 on Digital and Vinyl LP formats.