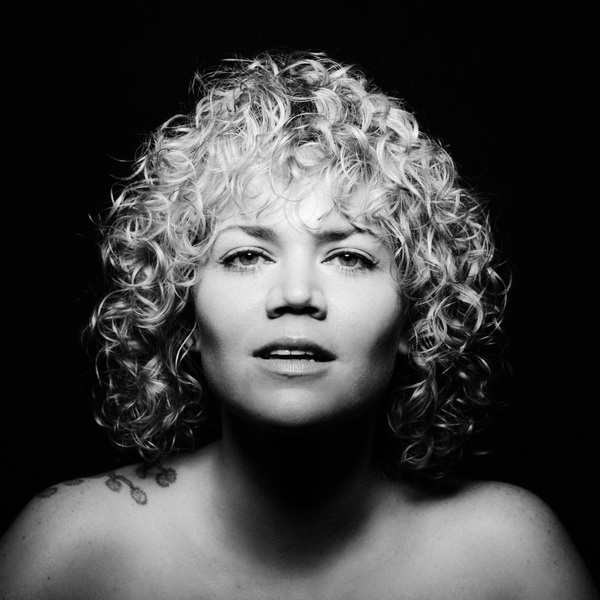 Alicia Walter is ready to introduce herself.

I Am Alicia, the debut LP from the former leader of Chicago-based art-rock outfit Oshwa, is a bold retelling of Walter’s self-discovery that encourages the listener’s own story to take root in its universal truths; a soundtrack to get you up and over life’s hurdles when feeling like you’re your only cheerleader. Embracing influences spanning from jazz and the classic composition of American standards to hip-hop and new wave to build her own brand of eclecti-pop, Walter paves a path toward actualization, acceptance and love that is fearless in its sound and lyrics.

Known for her “near-cosmic voice” (WIRED) and “stratosphere of songwriting all her own” (Consequence of Sound), she invites you into the most dynamic iteration of her world as she knows it. Inspired by a life on the move and born from a restless passion for creation, I Am Alicia is part practice in personal mythology, part call to “set yourself free” and join Walter on her odyssey. What developed in a time of intense change as she relocated from Chicago to New York City in 2016, where the only constant was the time spent with herself, the artist sees this 10-track collection as “a hero’s journey through the unconscious, driven by my desire to experience who it is I am, inside, and what it is I do in this life, outside.”

“I didn’t expect things to go the way they did with my band. I didn’t expect to be having to find myself in the way I found I was having to find myself with this album,” Walter explains. “It was a lot of ‘How am I here? Why am I just going through this process now?’ There’s this element of trying--and trying and trying--and then you just are. You realize you just are it. That’s where this album sort of got me to, personally. Moving forward, there’s a whole new door open to me for just being myself.”

From the start of opening track “Prelude,” Walter’s powerful vocal captures her hunger for more mindful experiences and understanding. As a manipulated voice finds itself stuck in a loop, she sings of what it would be like; how it would feel to unburden oneself of limiting beliefs that stick to us over time. She suggests she’s found an answer, delivering the booming, nearly tongue-twisting chorus “I thought I knew I thought I was in the know/But you can't know, I think, until you forget it/All that you do is also all that you don't/You won't hold a thing unless you just let it go.”

With an other-worldly force guiding her, the artist self-imposed a deadline for completing what would properly present her as a solo act, taking all elements of production on herself for the first time. From March to October of 2018, the challenge of bringing such an ambitious project to life took her from her new surroundings in NYC to the quiet of the Catskills upstate; the frenetic pulse of storied concert halls like New York’s Village Vanguard (as heard on “Who Am I?”) and some of the apartments of the 18 musicians she met and collaborated with throughout her recording process.

Facing burnout just two weeks before she was to wrap the LP, Walter met producer/mixing engineer Devin Greenwood (Sufjan Stevens, Steve Reich, Norah Jones) – and was again reminded the voyage is just as, if not more, important than the destination. Together, the two re-worked Walter’s version of the completed album for another full year at Greenwood’s Brookyln studio, The Honey Jar—testing the range and texture of her vocals while magnifying the emotional vibrancy at the heart of each song through additional takes.

The result? A delicately balanced musical house of cards, transcending genre and proving what’s possible if an artist follows their gut compass. What Walter considers new “characters”--these newly uncovered parts of herself she met on the way to I Am Alicia--are embodied in each succeeding track that further explores themes of expectation, identity and ego, and belonging through a variety of sounds and attitudes.

On “House of Yes,” a loose ode to the beloved Brooklyn dance spot of the same name, our club-ready protagonist dares us to meet her in the center of the dance floor; tempting us with the freedom that comes with feeling safe—and saved—by the DJ. The familiar funk riff on “Suit Yourself” cushions Walter’s diva demands and playful take on facing one’s own mortality and choosing to make the most of it, while love letter to her newfound self, “A Toast,” cleverly riddled with New York-set rom-com references, and “Standing at your Doorstep” detail the optimism and promise behind fresh beginnings. With closing track “I Am,” Alicia Walter finds herself at the end of one trip while knowing another may be just around the corner. For next time, she’s better equipped. She knows herself. A potent, almost orchestral declaration sitting somewhere on the spectrum between Carole King and Diana Ross while remaining all her own, our hero finds her truth: “I am me/Unequivocally/Who else would it be?/And hey, it’s so nice to meet ya.”

“Whether you like it or not, everyone gets thrown into the fire in so many different ways. You’re forced to change and realize things about yourself that you never even thought were a part of you,” Walter says. “That’s going to keep happening, and I think it’ll be the same feeling in 10 years—that I changed so much from the point of this album. But I wouldn’t change anything now. This was the ‘phoenix from the ashes’ experience, and it is beautiful for that.”