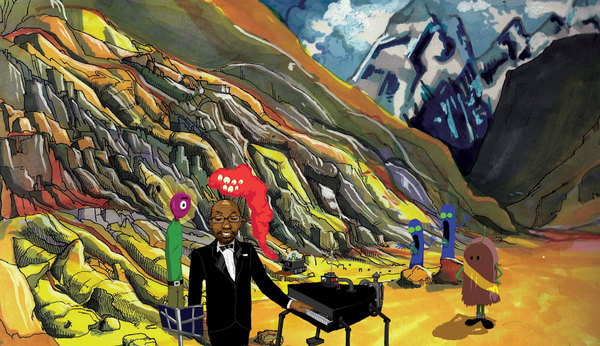 is a pianist, composer, writer, and dancer based in Chicago, Illinois. He earned a B.M. in Piano at the Chicago Musical College of Roosevelt University in 1994, cum laude. He continued his piano studies at the University of Illinois at Urbana-Champaign, where he earned an M.M. in Piano in 1995, and a D.M.A. in Piano Performance and Literature in 2002. In addition to performing in the the city of Chicago, Dr. Smith has performed and studied piano in various contexts around the country and the world. He is also a longtime supporter and contributing member of Chicago's DIY musical community, especially its more avant-garde and experimental elements. In January 2017, Dr. Smith teamed up with Sooper Records for a winter recording session at MinBal Studios. The effort resulted in "War of the Martian Ghosts," a ten song jazz / avant-garde solo piano piece. It chronicles Dr. Smith's fantastic trip to an ancient Martian civilization and his observation of a great war and its aftermath.

Charles Joseph Smith has been a staple figure in the Chicago arts community for years. He regularly attends arts and music exhibits, and champions artists in all fields. In so doing, Charles has become somewhat of an iconic personality in the Chicago arts community. He is currently at work on a multiple volume autobiography titled "I am Dr. Charles Joseph Smith," a book which details his experience in the arts as a person living with autism.