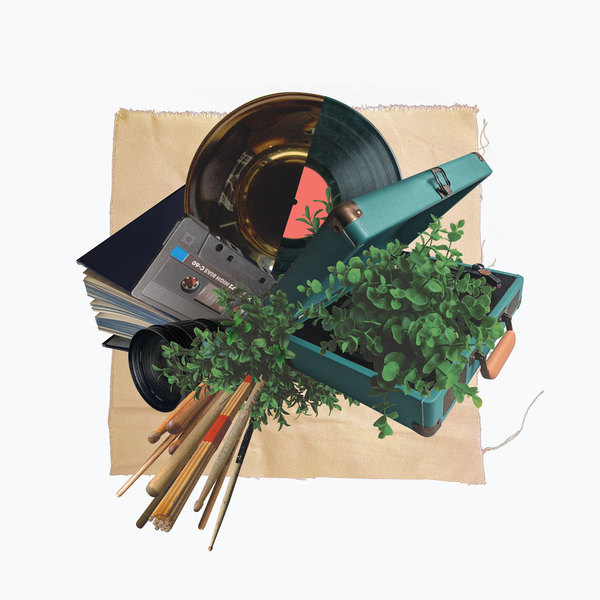 is an album for the Beat Junkies and the Hip-Hop Headz, the Sample Lords, Crate Diggers, and Arm-Chair Rap Historians. And the Jazz snobs… perhaps them most of all. A chance introduction led NYC’s Cisco Swank and Chicago’s Luke Titus into a collaboration where each brought their sophisticated multi-instrumentalist production chops to bear upon something fresh and exciting at the crossroads of Jazz and Hip-Hop.

The resulting album is one-part beat tape, one-part Blue Note jazz session. A series of evolving vignettes with their constituent parts transported seamlessly from both the traditionalist past and the unwritten future. Eleven tracks glued together by caffeinated off-kilter beats, holy chord progressions, dusty bebop motifs, and a palette of revealed sonic flourishes… sometimes acting in service to the occasional vocal performance by Swank or Titus.

The album also includes features by some of the freshest talents operating in the overlapping worlds where this project exists: jazz, R&B, and rap. A 24-minute whirlwind sweeps the listener through full-track vocal features by rappers Saba and Femdot, guest production and vocals by Phoelix, vocals by NYC singer-song-writer Malaya, and a pair of cosmic anchor performances from NYC saxophonist Braxton Cook (who FADER called a “jazz prodigy”). It’s sorta like On The Corner meets J Dilla’s Donuts.

Luke Titus is a 24-year-old multi-instrumentalist, vocalist, and producer from Chicago, and currently based in LA. The youngest ever musician in the Blue Man Group (drums), Luke has produced for Noname (Room 25), Ravyn Lenae, KAINA, SMINO, SABA and many others. FADER called Titus a “brilliant” drummer and producer. Titus' debut LP PLASMA was released by Sooper Records in 2020.