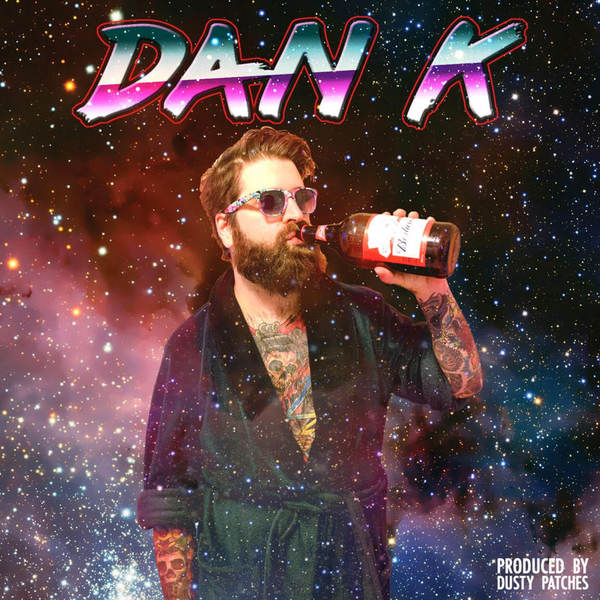 is the hip-hop pseudonym of Chicago musician Stephan Jurgovan. Equal parts autobiography and hyperbole, Dan K spits tall tales and bleak confessionals about getting fucked up, eating fast food, and being generally anti-authority. Dan K will rock the house, and then ruin the party by vomiting rum and chocolate cake all over the kitchen. He’s a talented MC packing death metal swag, 90s hip hop flow, and massive quantities of over the counter cough and cold pills. Jurgovan’s work as primary songwriter and vocalist in the punk band Nervous Passenger is obvious in the strongly melodic tracks served up by his alter ego. Produced by Dusty Patches, Dan K’s self-titled debut is an explosive combination of nihilistic party anthems and one of a kind beats.