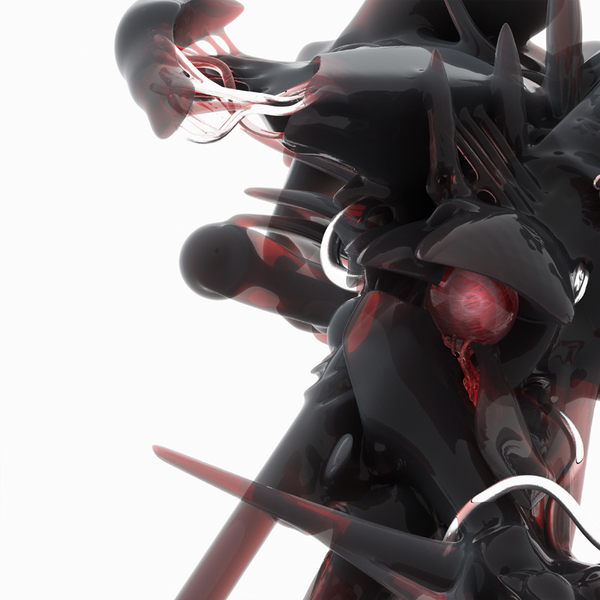 the vocabulary of a person, language, or branch of knowledge.

Chicago composer Conor Mackey first introduced his electronic moniker Lynyn as the producer of NNAMDÏ’s Are You Happy EP in the Fall of 2021, and remixer of Sen Morimoto’s track “Jupiter'' in early 2022. Lynyn’s elite production and sophisticated compositions were stand out aspects of both collaborations. Pitchfork noted “Lynyn produced Are You Happy in its entirety, locating a zippy, Auto-Tune-heavy sound at a novel intersection of IDM, late-2010s Charli XCX, and 808s & Heartbreak.” After a couple of strong collaborative showings, Lynyn now shifts gears to release his debut LP lexicon via Sooper Records, the increasingly influential Chicago label owned by NNAMDÏ & Morimoto.

Mackey's artistry is bolstered by a formal education in music. He received a bachelor’s degree in music theory and composition, alongside studies in bassoon performance and—notably—electronic and computer music. Though Lynyn is a new project, Mackey himself is an established artist and performer. He is a mainstay in Chicago’s musical landscape as both a multi-instrumentalist producer and as writer / guitarist in the genre-defying jazz outlet Monobody. He is also a working symphonic composer who has scored for institutions including the Illinois Philharmonic Orchestra and is lead composer at a music streaming service specializing in functional music. Longtime collaborator and fellow Monobody member NNAMDÏ says of Mackey: “I think Conor’s gotten to the point where his creativity and skill are so actively exercised that ideas flow out of him at a speed that sometimes seems too effortless. People like to use the word ‘genius’ loosely, but I wouldn’t hesitate to say that Conor deserves that title whether he would agree or not.”

lexicon displays both a mastery of musical composition and a deep appreciation of the vocabulary and history of the electronic genre. Mackey has long been a student of electronic music and was heavily influenced by the early 90s IDM movement in particular. His earliest public forays into electronica were a series of albums quietly released on Bandcamp between 2010 and 2016 under the name The Soft Greens. “I feel like I'm trying to sum up my musicianship in every piece I write - all the styles, artists, and experiences that have made me the musician I am,” he explains of his approach. Throughout lexicon, we are pushed and pulled through the sounds of footwork, hip-hop, ambient, glitch-core, IDM, drum and bass, dub, jungle, break beats, and so much more. These influences work in tandem to produce a linear experience that can be spellbinding, euphoric, and sometimes dizzying, but without ever feeling aimless or suffering from structural discontinuities. While rightfully positioning the Lynyn moniker as an electronic alias, lexicon leaves no doubt that Mackey is a symphonic composer above all else.

Mackey employed a bevy of techniques and approaches while creating lexicon. He explains that “the impetus for a piece of music could literally come from any sound-object. It could be a harmonic or melodic idea, a set of percussion, a foley recording, a synth patch, etc.” He allowed experimentation and discovery to flow through the compositional heart of his debut. “Experimentation and discovery were both super important during the creation of this record. A big part of the process was finding that one inspiring sound or thing that set my inner ear off. Many of the tracks on the record started with improvising on a modular patch and then going back through the recordings to find bits and pieces that caught my attention. That part is the most fun.”

While the notion of experimental electronic music may cause concern about listless meanderings into unstructured bleep-bloopery, the songs on lexicon are nothing of the sort; they are constructed with painstaking attention to the most minute details and feel very intentional. Synth patches and modular tones merge with sounds that seem wholly organic to create a sense of purposeful movement from start to finish. Mackey is particularly adept at taking often disparate, often difficult to control elements and introducing them harmoniously. “The rest is the craft of composition” he says, “and making that initial thing into music.” He also implemented deliberate limitations on the tools at his disposal. “I decided to use only what I had, which was the Eurorack system and a Dave Smith Instruments Rev2.” He goes on to specify, “not really a limit on the actual palette but more so just on what I was going to use to create the music. It ended up being very freeing actually, not so much a challenge.”

All of this technique, experimentation, and influence emerge as the monolith that is lexicon. An innovative entrant into the history of IDM and electronica with all the makings of an essential contribution. What Mackey accomplishes with lexicon is a progression; he’s taking the sum articulation of a genre and attempting to carry it forward by imbuing it with his own unique language as a sophisticated symphonic composer. His melting together of genres and techniques is a gateway into a more wide-ranging expression of the artform. The result is arguably a landmark.

The project comes paired with a visual dimension. Chicago-based architect and digital artist Owen Blodgett collaborated closely with Mackey to bring lexicon to life as a visual experience. The resulting landscape is highly representative of the novel sonic architectures of Lynyn’s music. A world that is equal parts erratic and steady, optimistic and dystopic, jagged and smooth, mechanistic and organic. Where painstaking symmetry is regularly disrupted by chaos, while the dust settles and inertia keeps it all moving ceaselessly forward. It is a world where recognizable patterns are punctuated by alien shapes and otherworldly motifs; where radiant analog vents gush rhythmically through the dark depths of the digital bath. That world is lexicon.